The basic rule that guarantees a bright and beautiful smile is proper oral hygiene. That is accomplished by brushing our teeth regularly. We are all prone, mostly due to the habit of making 4 mistakes that disrupt our great tooth effect.

The root of the tooth is covered with a substance that is far thinner than enamel, and hard brushes, more precisely fibres, can irritate the gums, which increases the sensitivity of the teeth and causes the formation of stains on the teeth. To prevent damage and pulling of the gums, dentists recommend brushes with thin, soft and thick bristles. 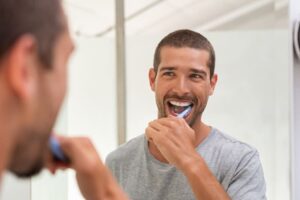 Too much brush pressure

The twisted bristles of the toothbrush during brushing are the best proof of how much you have put too much pressure on your teeth. The consequences of such washing are hypersensitivity and pulling of the gums. Namely, plaque will be easily removed by proper circular brushing of teeth, although sticky plaque on teeth is not stubborn. 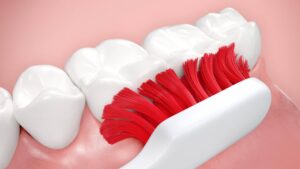 We do not pay attention to the tongue

Remember that deposits build up on the tongue after every bite and sip, creating a base for bacteria, which causes tooth decay and bad breath. Therefore, when brushing your teeth, pay special attention to the tongue with gentle brush movements on the surface. At least once a week, apply a thin layer of toothpaste directly on the tongue, leave for half a minute and rinse your mouth.

Keeping the brush closed in a box

Storing a toothbrush in a plastic box otherwise intended to be kept in a toiletry bag when going on a trip is the worst thing you can afford for your oral cavity and teeth. Namely, although we are of the opinion that the box will protect the surface of the brush from microbes, the opposite happens, because the wet area favours the multiplication of bacteria that are found after washing as dirt residues on the brush. 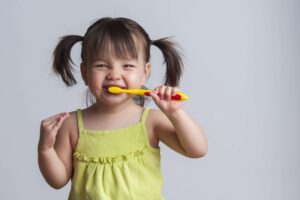 The Most Effective And Healthy Teeth Whitening Treatments

How To Keep Your Gums Healthy?

YOUR DENTAL HEALTH IS IMPORTANT TO US